There were over 40,000 concentration camps and ghettos during the Holocaust.

Almost half of all Americans cannot name a single one.

Your gift today helps us promote Holocaust education to continue the fight against Holocaust denial and real—and increasingly fearless—anti-Semitism.

In recent months, Holocaust museums and education centers like ours have had to take on greater roles in our community. Even as we try to preserve and magnify survivors’ voices, we find ourselves called to combat anti-Semitism in the current American landscape.

This heightened sense of urgency led us to create and launch the Museum of Jewish Heritage Holocaust Curriculum, one of the most important educational initiatives in our Museum’s 20-year history.

Our Holocaust Curriculum is an innovative teaching tool with flexible lesson plans and multimedia resources for middle and high school educators, presented with support from the New York City Department of Education.

These stunning statistics come as nearly 90 percent of those surveyed believe all students should learn about the Holocaust in school, and 80 percent say it is important to keep teaching about the Holocaust so it does not happen again. Our new curriculum addresses this increasingly significant need within New York City public schools and beyond.

Every dollar you give helps us promote Holocaust education and continue the fight against Holocaust denial and anti-Semitism.

#GivingTuesday is November 27. Support Holocaust education by making a donation now and your gift will count toward #GivingTuesday. Or consider joining our community as a Museum member. 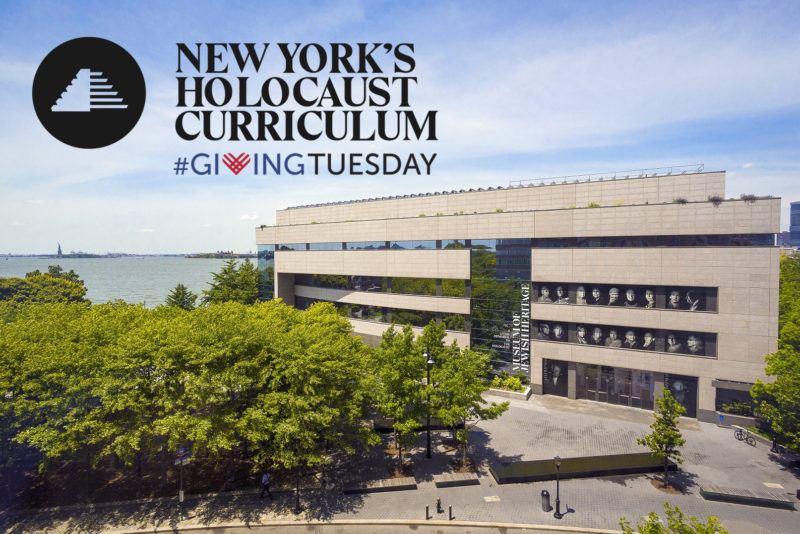