Combating Hate Through Education in the Town Known as Auschwitz

By Museum of Jewish Heritage — A Living Memorial to the Holocaust
Tuesday, June 22, 2021 • About the Museum
Share
Close Navigation

The Auschwitz Jewish Center, an affiliate of the Museum of Jewish Heritage – A Living Memorial to the Holocaust in Oświęcim, Poland, has implemented a rehabilitation program for men who, at the beginning of the year, deliberately vandalized the wall of the 200-year-old Jewish cemetery at Dąbrowskiego Street.

On January 10, 2021, two residents of Oświęcim desecrated the wall surrounding the historic Jewish cemetery with inscriptions including Nazi symbols: SS letters and swastikas. The third resident also defaced the wall around the cemetery and the monument commemorating the pre-war Great Synagogue at Berka Joselewicza Street. The acts of vandalism were immediately condemned by the Mayor of Oświęcim, Janusz Chwierut. The persons responsible for these acts were quickly apprehended by law enforcement agencies. Painting a swastika and the SS symbol on the Jewish cemetery in Oświęcim attracted the attention of domestic and foreign media.

“Placing symbols of Nazism on the memorial sites of the victims of the Jewish genocide, and in addition in a town that is a world symbol of mass murder organized by the Third Reich, is an act that deserves the strongest condemnation,” says Tomasz Kuncewicz, Director of the Auschwitz Jewish Center. “We hope that our gesture will allow them to understand what they have done.”

At the request of the vandals’ lawyers, the Auschwitz Jewish Center prepared an educational program for the three men. They visited the only preserved synagogue in the town and toured the Jewish Museum. 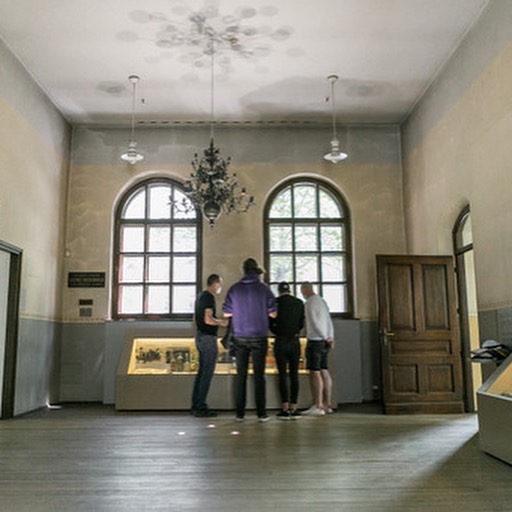 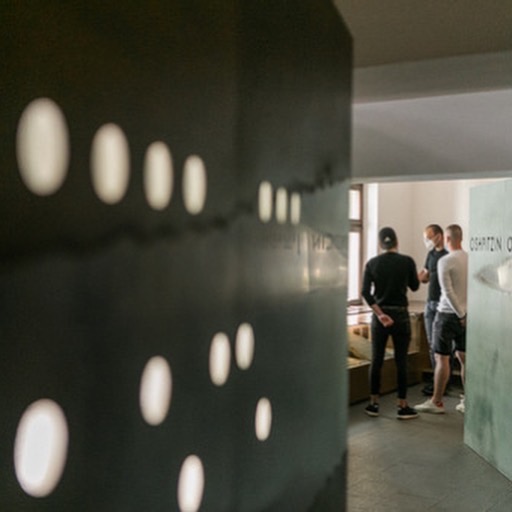 Together with volunteers from the Auschwitz Jewish Center and the International Youth Meeting Center, the men repainted the desecrated wall of the cemetery and cleaned up the Great Synagogue Memorial Park. 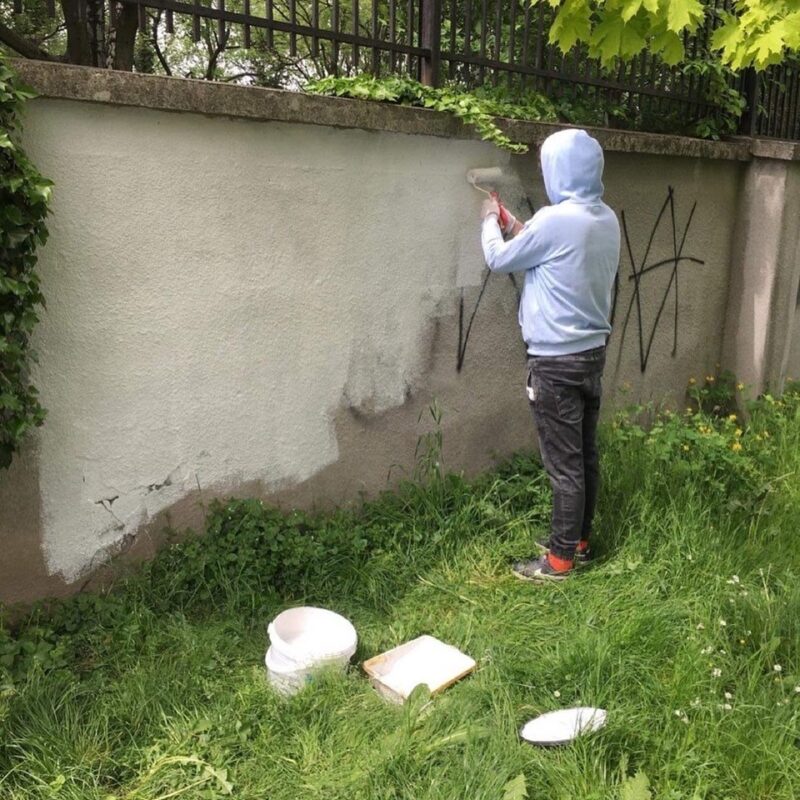 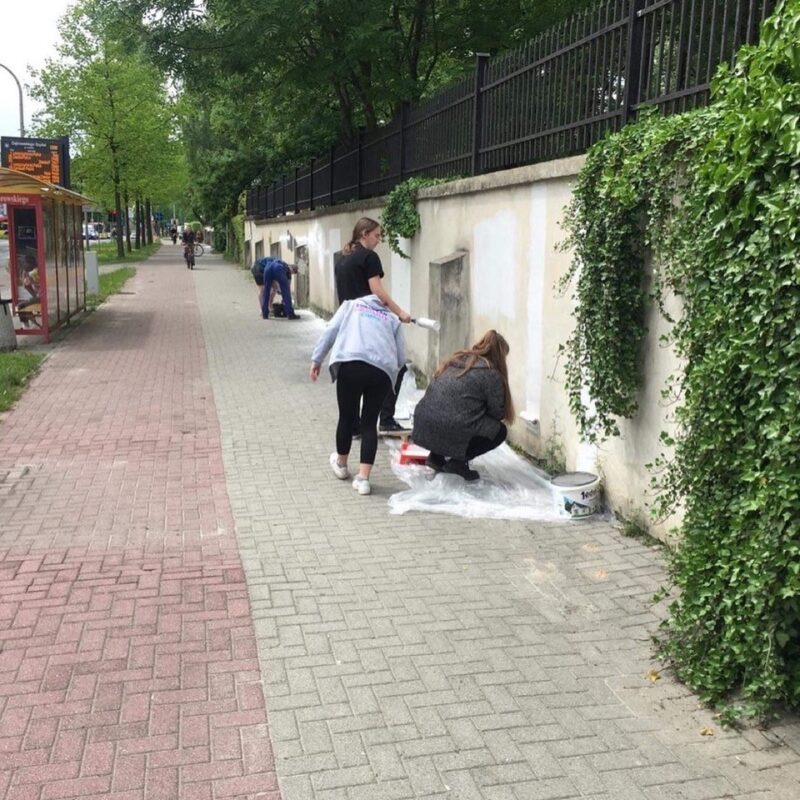 The Jewish cemetery in Oświęcim at Dąbrowskiego Street is one of the few traces of the Jewish community that co-created the town in the 16th century and lived there until the tragedy of the Holocaust. The cemetery was completely destroyed by the Germans during the war. After the war, it was partially rebuilt by a small group of Jewish inhabitants of Oświęcim who survived the Holocaust. Currently, it is owned by the Jewish Religious Community in Bielsko-Biała and maintained by the Auschwitz Jewish Center.

In Oświęcim, just before the Second World War, every second resident was a Jew. Almost all Jewish inhabitants of the town died during the Holocaust. The history of Oświęcim Jews ended with the passing of the last of them, Szymon Kluger (1925-2000), who was buried at the Jewish cemetery in Oświęcim.

Today, the Jewish heritage of Oświęcim is commemorated by the Auschwitz Jewish Center, which maintains the only surviving synagogue in the city, Chevra Lomdei Mishnayot, runs the Jewish Museum and Cafe Bergson café located in the house of the Kluger family, and takes care of the Great Synagogue Memorial Park.