By Museum of Jewish Heritage — A Living Memorial to the Holocaust
Thursday, November 8, 2018 • About the Museum
Share
Close Navigation

By Mati Pawlak and Eszter Susán

Editor’s note: In the fall of 2018, the Museum welcomed Mati Pawlak and Eszter Susán as Vivian G. Prins Fellows. 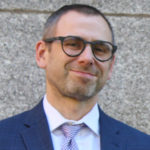 My name is Mati Pawlak and I’m one of this year’s Prins Fellows at the Museum of Jewish Heritage – A Living Memorial to the Holocaust.

I was born in Poland when it was still under communist rule and most families were not open about their Jewish roots.

My interest in Jewish life started when I was 15 years old. As a high school student I started to participate in Jewish summer camps in Poland where for the very first time I had an opportunity to learn about Judaism and Jewish history.

In my senior year of high school, I decided to study at Yeshivat Hamivtar in Efrat, Israel.

After my study in Israel, I returned to Poland, attending college in Warsaw where I also worked for the Jewish community and synagogue.

The summer of 2001 I spent learning at a Yeshiva in NJ; that was also the year that I applied to the rabbinical program at Rabbi Isaac Elchanan Theological Seminary at Yeshiva University in New York City. I was really privileged to spend four years at YU learning from the greatest rabbis of this generation.

After receiving a rabbinical ordination I was offered a position of a Head of School at Lauder Jewish Day School in Warsaw, Poland. Starting in 2006 I worked for the Ronald S. Lauder Foundation in Poland as a Country Representative running the Kindergarten, Primary School, Middle School, Summer Educational Camps for families and Holocaust survivors, and Shabbatons. I also designed and launched Lauder e-Learning School which successfully reached many Jews across Poland who have no community or access to Jewish education. Based on the Polish pilot, similar e-Learning schools opened in Germany, Hungary, Czech Republic, Slovakia, and Greece.

In 2017, after 11 years of working in Poland my family and I moved to New Haven, CT, where my wife and I were co-directors of Jewish education at Yale University, part of a Jewish Learning Initiative on campus (a project of the Orthodox Union).

My Ph.D. dissertation proposal focusing on Student Struggle for Soviet Jewry, an organization that for almost 30 years was active on behalf of Soviet Jews, was accepted by Jagiellonian University in Cracow, Poland. I have already completed all program requirements.

Thanks to the Prins Fellowship I will be able to widen my knowledge on the Holocaust and on Jews in America, as well as to conduct more research while writing my dissertation. 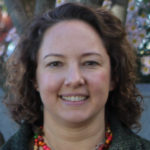 I am Eszter Susán, a doctoral student in the Education and Jewish Studies Program at NYU.

I was born in Hungary where as an adolescent I witnessed the transition from communism to democracy. The system change allowed me as a member of the third generation after the Holocaust to reconnect with my own Jewish heritage.

As a young adult I decided that I would like to share this with my peers and started to actively participate in the invention and creation of new types of Jewish experiential education in Budapest. I was a leader at MAROM (www.marom.hu), a Jewish student organization I established with my friends, with the purpose of the revival of Jewish life via social, cultural, and learning projects. With MAROM I have directed various national and international programs and I have also worked with other Jewish organizations, such as the Moishe House, the JDC, and the Bronfman Center at NYU.

Parallel to my work in the Jewish community I have also pursued an academic career. I studied Aesthetics and German Literature at the ELTE University in Budapest, and spent three years in Berlin researching Holocaust education, and artistic representations of the Holocaust.

In 2010 I became the academic assistant at the Center for Central European German-Jewish Culture at ELTE University, and I have increasingly focused on connecting my work and experiences as a Jewish educator and community organizer with the academic world.

In 2013 I enrolled in the Education and Jewish studies PhD program at the New York University where I am working on my dissertation. My research explores autobiographical life stories of three generations’ Hungarian Jewish women.

Since October 2018 I am a Vivian G. Prins Fellow at the Museum of Jewish Heritage in New York.

My further research interests are European Jewish built heritage (especially the “Jewish quarters” of Central-Europe), the politics of Holocaust memory in Central Europe, and Jewish experiential education of the “third generation” after the Holocaust.