No Survivor Should Ever Go Hungry Again: A Profile of LOX Chef David Teyf

On Thursday afternoons, Chef David Teyf can be found in the kitchen of LOX at Café Bergson on the second floor of the Museum, busy with preparing and packaging Shabbat meals to deliver to Holocaust survivors around New York. David is determined to support the survivor community, many of them in their 80’s and 90’s and living in increasing isolation during the pandemic.

His motto is, “No survivor should ever go hungry again.”

David’s own family, who were matzoh makers in Minsk going back to 1920, endured the hardships of World War Two and the Holocaust. This heritage has not only inspired his service to survivors but also his love of Jewish cuisine. As the owner of a number of companies and restaurants around New York and Connecticut that specialize in Jewish fare, David is a vanguard in transforming stereotypes of traditional kosher cooking.

Helping Survivors During the Covid-19 Pandemic

David began thinking about ways to support Holocaust survivors early in the pandemic.

He says, “All of a sudden, I’m seeing on the news everything that’s happening, and I’m thinking, ‘Who’s taking care of these older Holocaust survivors?’…Their family can’t get to them, borders are closed, people can’t visit anybody.’”

David got in contact with Jack Kliger, the President and CEO of the Museum, and returned to the Museum to transform the kitchen at LOX Café into a homebase for the program. Jack and other Museum affiliates were able to provide him with contact information for survivors around New York.

“I wanted to do something special for them so for the Sabbath they would feel… somebody cares about them, and something is being done. We would do challah and matzoh babka or gefilte fish or potato kugel—traditional Jewish food.”

For many of the Jewish holidays, David tries to prepare something extra celebratory to send to the survivors. For Rosh Hashanah, they sent a celebratory package with a special meal, along with apples, honey, and round challah.

He says, “One of the survivors—I call her ‘the mayor’ because she represents all the survivors within her few buildings—called me almost crying and thanking me for what a surprise. She said, they didn’t expect anything for Rosh Hashanah, and how grateful everybody is and how thankful they are. That they know someone cares about them. And that just gave me goosebumps and the chills to get such a phone call.”

David has decided to keep serving New York’s survivor community after the pandemic ends. The program currently serves over 80 people, and David hopes it will continue to grow.

He says, “They already went through starvation in their life. They should not go through that again.”

Homage to His Heritage

David’s maternal grandfather Avram Davidovich was not yet a teenager when he threw himself out of a second-floor window to escape being shot by Nazis in a Jewish ghetto. He rode off on horseback as soldiers fired at him, later finding shelter with a non-Jewish family who hid him in their basement. He was the only child of 13 siblings who survived the war.

David’s catering and events company Madison & Park bears the logo of a horse, a tribute to Avram and his life-saving escape. 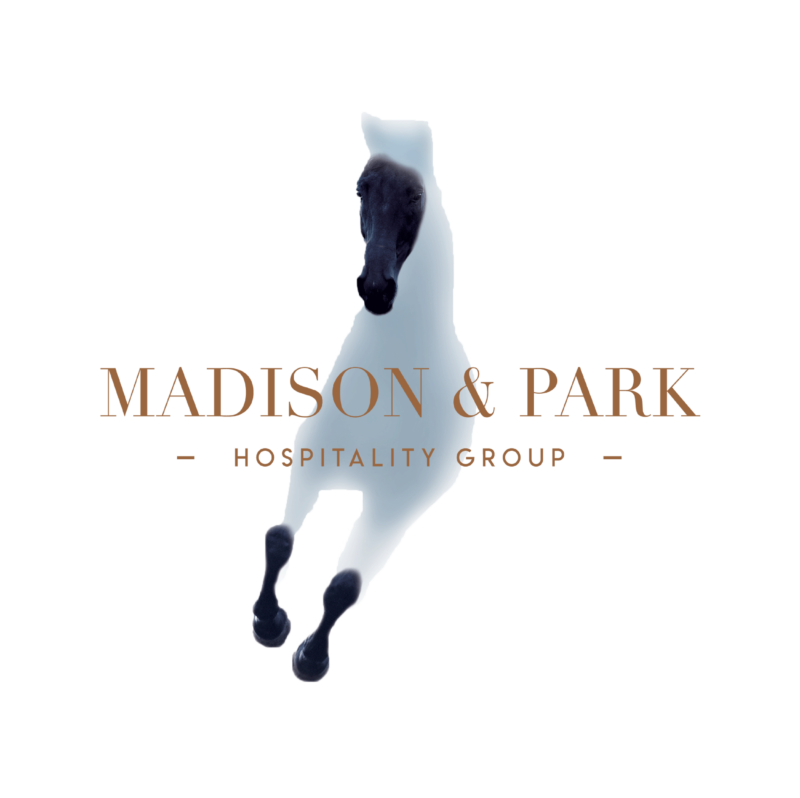 Meanwhile, David’s maternal grandmother, Leah Davidovich, fled from Minsk to Samarkand, a Soviet city in present-day Uzbekistan that served as a refugee town during the Holocaust.

His paternal grandmother, Ester Teyf, also from Minsk, was stopped by Nazis on the street, where her interrogators contemplated shooting her.

David says, “They were going to shoot her right on the spot, and she had blue eyes and blonde hair, she was able to speak German, and [one] said, ‘Look at her she’s not Jewish, she’s one of us,’ and they let her go.” This grandmother went on to join the partisans, an underground resistance movement against the Nazis that consisted of many Jewish youths, as well as non-Jews.

Meanwhile, his paternal grandfather, Peyshe Teyf, who was married with children when World War II broke out, fought in the Russian Army.

David says, “When he came back his entire family was gone. So, everyone had a different experience, but we lost a tremendous amount of family. Uncles, aunts—it was in the hundreds.”

David’s grandfather Avram returned to making matzoh for the Jewish community after the war, but their family continued to experience persecution and antisemitism at the hands of the Soviet government. Despite intimidation and discrimination, Avram continued to run the business until the family managed to leave the Soviet Union in 1979.

David’s early experiences at home, watching his parents and grandparents cook, were foundational to his culinary journey.

He says, “Back then nobody had money, and there were a lot of food shortages in communist Russia… but I was always fascinated with how they took the most basic ingredients and really elevated it.”

His food is still inspired by traditional Jewish fare.

“We like to bring out a little nostalgia in a lot of our guests. I’ve had people cry saying, ‘Oh my G-d, I haven’t had this poppyseed strudel in forty years,’ or ‘this Russian coffee cake,’ or, ‘This is exactly how my grandmother made matzoh ball soup… To connect people to their childhood is my passion.”

While David is a master of all things traditional, he is also changing outdated views on Jewish cuisine.

He says, “We’ve broken every stereotype known to kosher cuisine.  At a lot of events we do, people don’t believe it’s kosher. Or they’re coming in with such low expectations.”

David’s son, Tollan Teyf, is a trained chef as well and works with David as General Manager of Lox Café in the Museum. Tollan says, “Stereotypically speaking, this food—most of the population doesn’t find it attractive. Its moniker is peasant food. One of our main goals—especially introducing this to people who might not have ever had it before—is making it shine…”

“What Is This? This Is Not Bread”

David emigrated from the Soviet Union with his family in 1979 and was shocked by the cuisine he encountered upon arriving in the U.S. as a child.

He says, “Back then my family was used to real, fresh bread and all this homemade food, and we come to America and it’s all Wonder Bread. My parents were like, ‘This is a sponge. What is this? This is not bread.’ We were used to such quality cuisine, and [in the U.S.] it was frozen dinners and all the stuff that was very popular in the ‘70s and ‘80s.”

The family lived in Atlanta, Georgia before moving to New York. But even the quality of bagels in New York was suffering. David sought to remedy this with one of his culinary ventures, a company he founded in 1999 called New York City Bagels.

At the time, other New York businesses were baking bagels days in advance, often without the use of traditional boiling techniques, whenever they needed to fill a large order, resulting in stale, inauthentic products. David vowed to take a different approach. He filled orders in the morning on the day they were due, regardless of the size of the order.

The results were tremendous. David soon counted among his clients every major culinary institution in New York. More likely than not, a truly excellent bagel in New York came from his ovens.

Through bagel companies, restaurants, catering, and volunteer work, what remains consistent is David’s commitment to family.

His son Tollan remembers, “My dad was a single father, and he always went out of his way to make us eat the best possible food. Same thing he had with his grandparents and his parents–to take [something simple] and make it into something spectacular.”