“Secrets of the Dead: Bombing Auschwitz”

A new episode of PBS’ Secrets of the Dead, “Bombing Auschwitz,” explores the dilemma facing the Allies in 1944 as they debated bombing the camp and risking killing Jewish prisoners there to stop future atrocities. In this episode, historians, survivors, and experts consider one of the great moral dilemmas of the 20th century: should the Allies have risked killing Auschwitz prisoners and bombed the camp to stop future atrocities?

Among those interviewed in this episode is Dr. Michael Berenbaum, one of the members of the team that created the exhibition Auschwitz. Not long ago. Not far away.

The episode premiered at the Museum on January 14, a week before it aired on PBS stations across the United States. Executive Producer Stephanie Carter discussed the making of this episode after the screening.

Click the image below to watch the full episode online. 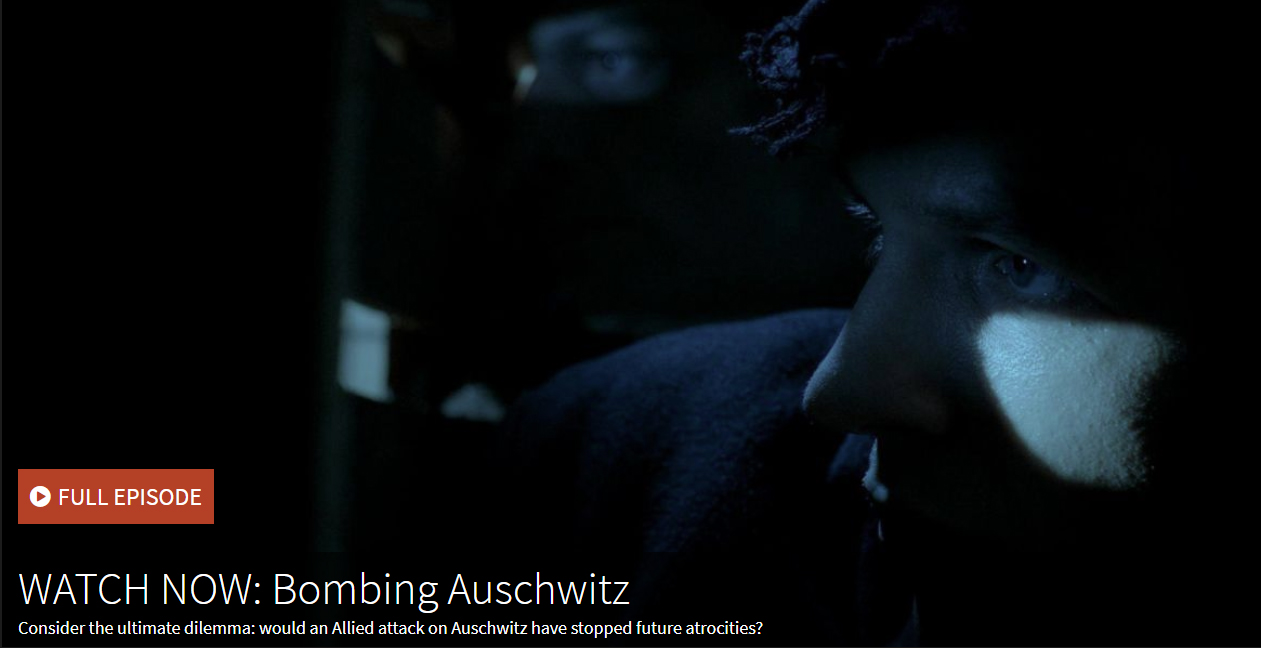