By Museum of Jewish Heritage — A Living Memorial to the Holocaust
Saturday, September 12, 2020 • About the Museum   Events & Programs
Share
Close Navigation

This weekend marks the 20th Anniversary of the founding of the Auschwitz Jewish Center which aims to serve as a guardian of Jewish memory, as well as to educate the public about the Holocaust. In 2006 the AJC became affiliated with the Museum of Jewish Heritage – A Living Memorial to the Holocaust in 2006. Auschwitz better known by its Polish name Oświęcim had been home to Jews for centuries and before the war the majority of the population was Jewish.

The AJC consists of three buildings the Chevra Lomdei Mishnayot Synagogue; the adjoining Kornreich House, which once housed a Jewish family and today houses a Jewish Museum and educational programs; and the 100-year-old Kluger Family House, which belonged to the last Jewish resident of Oświęcim, Szymon Kluger, after WWII. 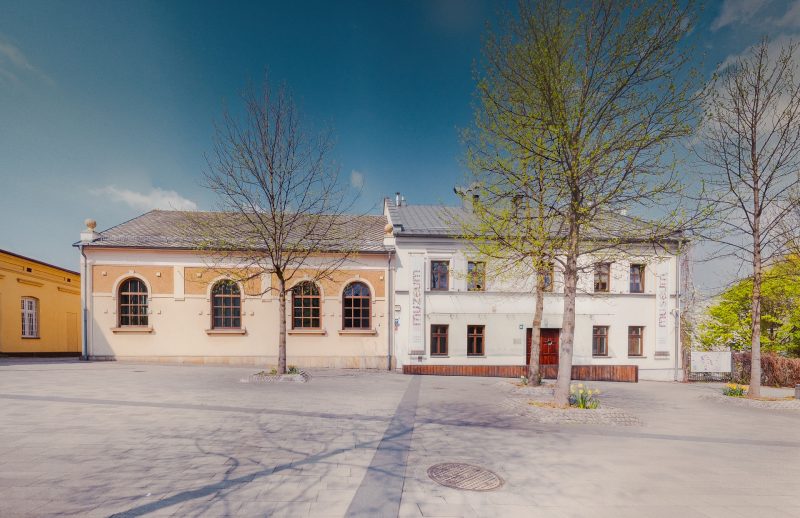 The AJCs educational programs serve Polish students, Polish law enforcement, and it works with the Museum of Jewish Heritage to host programs in which graduate students and also US Military cadets and midshipmen from West Point and the Naval Academy learn about the Holocaust and contemporary ethical issues.  Though they are temporarily curtailed by the Covid-19, the Museum hopes to resume our International programs with the AJC as soon as possible. You can read more about them here. Each class that visits the AJC creates a journal called Reflections. You can read the 2019 edition here.

Over the years this blog has published many articles about the AJC so we thought we would republish a post which documented a typical day at the bustling center. The post A Day In Life of the AJC dates from 2013 and is excerpted below and shows what a bustling and important contribution the AJC makes on a daily basis.

10:00 a.m. The Education Center is filled with Polish high school students who are participating in the What was Oshpitzin? workshop on pre-war Jewish life in Oświęcim. The students are learning about the town’s pre-war Jewish residents by analyzing historical photographs and documents and then presenting this material to their peers. The workshop ends at the New Life exhibition, which tells stories of Holocaust survivors from Oświęcim who immigrated to Israel after the war. The students complete the morning portion of the program before visiting the former camps of Auschwitz and Birkenau.

3:00 p.m. The What was Oshpitzin? workshop resumes in the Education Center with an anti-discrimination training. Students are connecting their knowledge about Auschwitz and the Holocaust with the modern-day challenges of anti-Semitism, homophobia, and other examples of intolerance. After the group watches the documentary Blue Eyed about diversity and discrimination, they discuss the power of individuals and what it means to stand up to persecution. Evening After the workshops, AJC staff and volunteers clean up, eat, and relax in preparation for evening activities. Throughout the year, the AJC hosts various cultural events for the local community including book launches, film previews, and discussions with special guests.

6:00 p.m. Several volunteers and local high school students meet in the library for the Language Discussion Club, started by Dominik, Gleb, and Johannes. The group, which meets weekly, discusses various topics including food, travel, and history. In January, AJC Coordinator Dara Bramson came from Kraków to lead a session.

Over the next few months the Museum will have several programs celebrating the AJC culminating in the Spring with their Annual Benefit. For more information, please contact AJC@mjhnyc.org.