“Those Who Were There” Podcast: Introducing Season Two

By Museum of Jewish Heritage — A Living Memorial to the Holocaust
Wednesday, September 23, 2020 • About the Museum   From the Collection
Share
Close Navigation

Through their recorded testimonies, we get a small glimpse into the unimaginable experiences that shaped them—and shaped our world. Their voices are a stark reminder of the millions of people who did not live to tell their stories.” 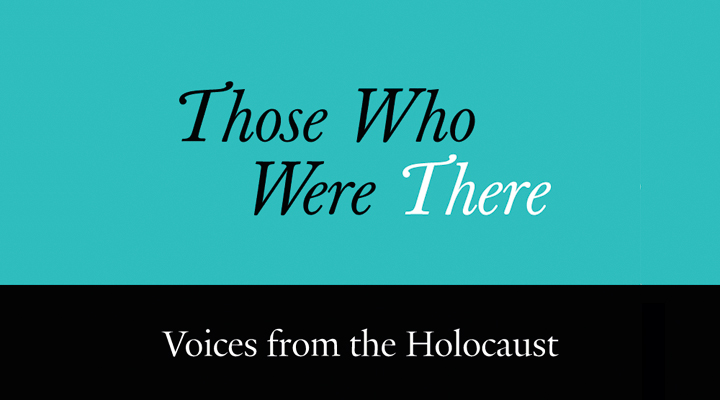 Those Who Were There: Voices from the Holocaust is the only Holocaust history podcast to bring the firsthand testimony of Holocaust survivors, liberators, and witnesses out of the archives. Launching this month, the podcast’s second season is a co-production of the Museum of Jewish Heritage and Fortunoff Video Archive for Holocaust Testimonies.

The Museum of Jewish Heritage began collecting oral histories Holocaust survivors in 1989. Building on the legacy of the Center for Holocaust Studies, the Museum prioritized the words of survivors and the memory of their lives before, during, and after the Holocaust. The oral history project was a cooperative effort with the Fortunoff Video Archive, which trained an interview team that went on to record the testimony of nearly 600 survivors on the Museum’s behalf.

The Museum of Jewish Heritage’s oral history collection became the bedrock of its original Core Exhibition, which opened in 1997. Today, we celebrate the renewal of this collection through the 21st century medium of the podcast. In a time when physical distancing keeps us apart, Those Who Were There puts Holocaust survivor testimony into the ears, minds, and hearts of listeners who need it most.

Subscribe and listen to the voices of Those Who Were There on Apple Podcasts, Spotify, or Stitcher.