As New York’s Holocaust Memorial Museum, the responsibility of the Museum of Jewish Heritage — A Living Memorial to the Holocaust has never been more important.

Every year, at New York’s Annual Gathering of Remembrance, we come together as a community to say: we will never forget. Please join us on April 28 to observe Yom HaShoah, to honor the memory of those who perished at the hands of evil, and to pay tribute to those who survived and have made a better world for us all.

Registration for this event is required. This event is free. Please register no later than Thursday, April 25.

After registering, please print the ticket on the confirmation page and bring it with you to Temple Emanu-El. Electronic tickets will not be accepted. 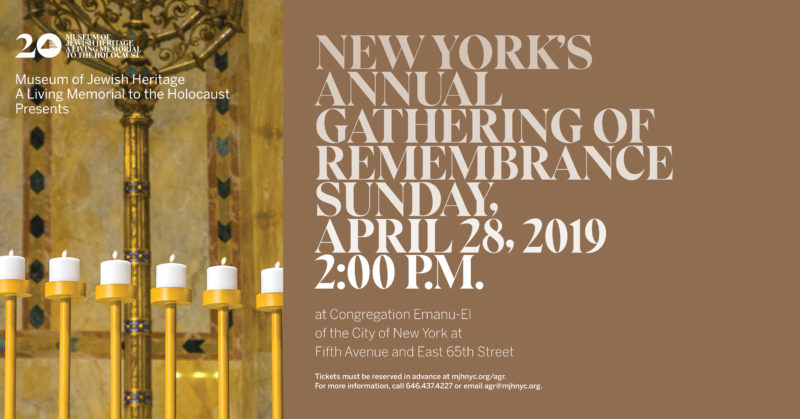 New York’s Annual Gathering of Remembrance is the largest Holocaust commemoration event in the country.