Following the invasion of Poland in 1939, the Kaner family separated in an effort to stay safe, with some family members leaving for Kielce while Leon and three siblings remained in Lodz, living within the newly established ghetto there. Leon’s father, having emigrated to America the previous year, had been working to secure passage to the United States for his entire family, but was unable to get tickets to them in time for them to be able to leave. 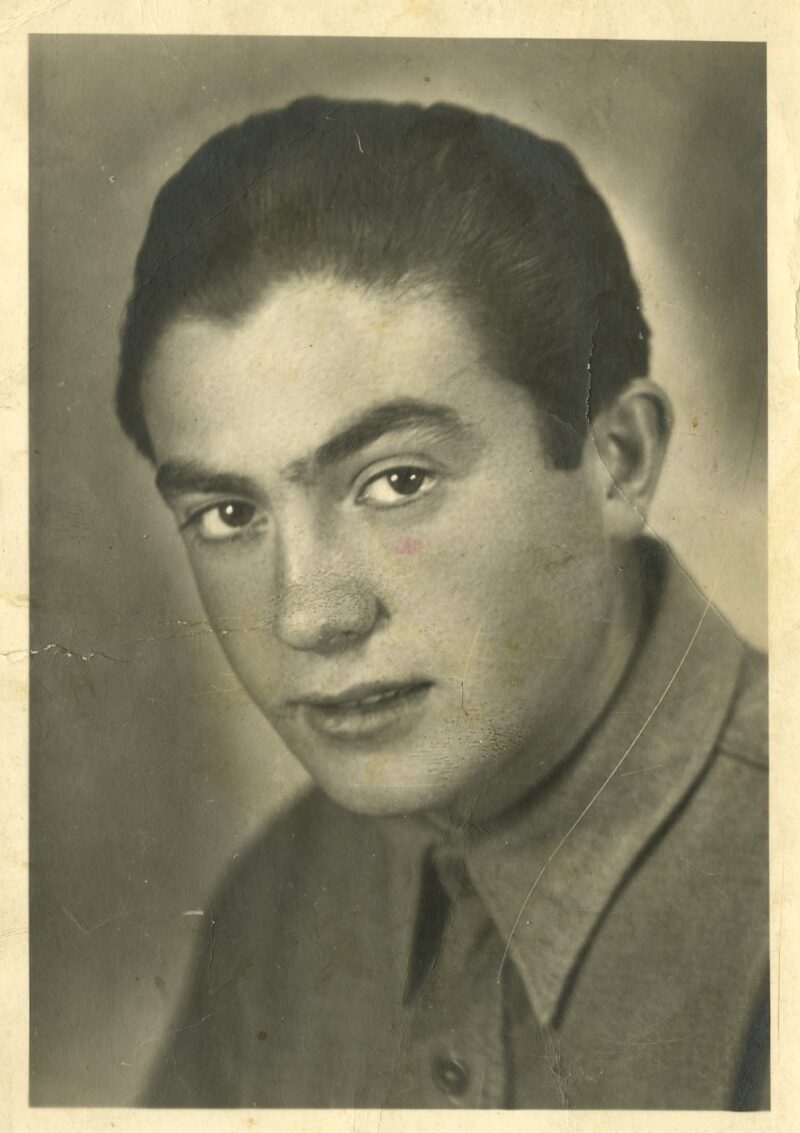 Survival in the ghetto was incredibly difficult, and the Kaner siblings watched out for each other as they dealt with the desperate conditions. Leon fell ill with typhoid fever during this time and his older sister Regina helped him avoid being deported by artificially coloring his cheeks to make him look healthier than he was. While imprisoned in Lodz, Leon also worked hard to teach himself engineering, a subject he had hoped to formally study before the war broke out, hoping to gain skills that the Germans would see as valuable. These technical skills came to save his life in the years to come.

In July 1944, the Kaners were deported to Auschwitz. Leon and his brother Isaac were supposed to be immediately transferred to Germany to work in a factory, but the factory had been bombed by the American forces, keeping the brothers in Auschwitz for three months. Tragically, while there, Isaac snuck into a nearby block looking for an extra bowl of soup and was caught up in an unannounced evacuation of the block by the Germans, which sent all the occupants to the gas chambers. Now alone, Leon was transported on to Braunschweig concentration camps. He spent the rest of the war doing forced labor for the Nazis, working in a coal mine as well as a salt mine among other roles. He was finally liberated by the Americans at Woebbelin concentration camp in Germany. 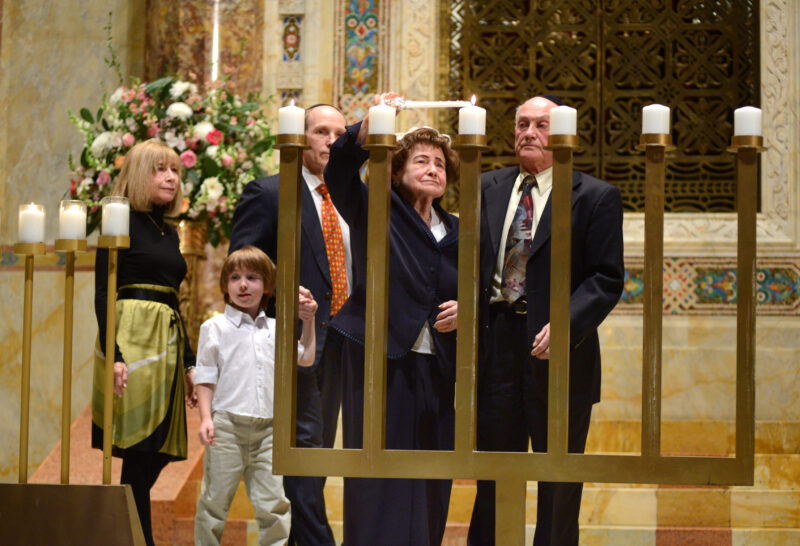 In 1945, he married his childhood friend, Ray, who was also a survivor from Lodz, and the two of them arrived in the United States in July of 1946. Together they built a life in New York, where Leon cultivated a successful career and became a proud father and grandfather.