Ruth Schloss, nee Strauss, was born on September 14, 1926, in Hoeheinod, Germany to Julius and Mathilda Strauss. In March 1939, at the age of 13, her parents secured a place for her on a Kindertransport to France, where she was sent to Chateau de la Guette, a sanctuary for Jewish children sponsored by the Rothschilds. With the invasion of France in 1940, La Guette was evacuated, and Ruth left for Couret, France before then being sent to Vic-sur-Cère. While there, she had the chance to visit her parents, who were imprisoned in Camp de Gurs. Neither of them survived the Holocaust. In 1942, Ruth again had to move, hiding in the woods with a group of children, surviving on whatever scraps of food they could find. She briefly found refuge in a convent near Limoges, taken in by the nuns of St. Joseph until it became unsafe, and she was then hidden in an asylum for a brief time before heading back to the woods. 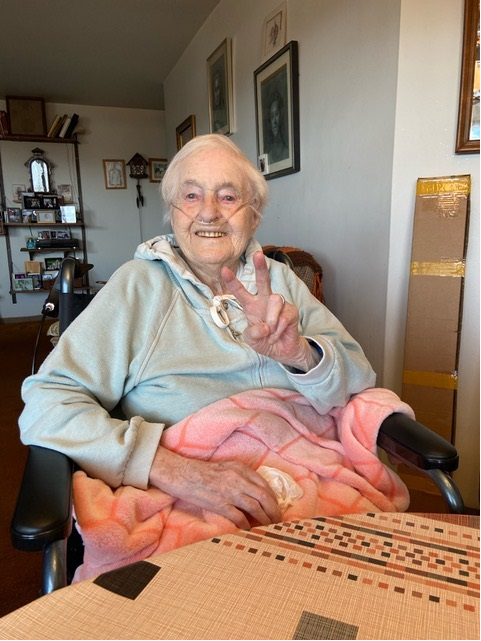 In 1943, the French Underground provided her with a false ID card, which named her Yvonne Sapin, but as she attempted to escape into Switzerland, she was caught and sent to the Rivesaltes internment camp. Here, it was Abbé Alexandre Glasberg, a Catholic priest, who came to her rescue, smuggling her and three other children out of the camp by carrying them under his cope while they held on to his neck. Ruth spent the remaining months of the war hiding in a convent.

In 1947, at the age of 21, Ruth immigrated to the United States. She married Ralph Schloss in 1950 and had two children, three grandchildren, and three great-grandchildren.

Ruth was a longtime supporter of the Museum of Jewish Heritage – A Living Memorial to the Holocaust, teaching visitors as a Gallery Educator as well as a member of the Speakers Bureau.