7 Plays and Musicals to Go to in N.Y.C. This Weekend

The New York Times picks National Yiddish Theatre Folksbiene’s Fiddler on the Roof in Yiddish as one of the best shows to see in New York City over the July 4 holiday.

Previews and Openings
‘FIDLER AFN DAKH’ at the Museum of Jewish Heritage (previews start on July 4; opens on July 15). “Fiddler on the Roof” is a theatrical translation of Sholem Aleichem’s Yiddish language tales, and the National Yiddish Theater-Folksbiene has translated it right back, with English and Russian supertitles. Under Joel Grey’s direction, the first Yiddish production of this show in 50 years stars Steven Skybell and the kvetcher extraordinaire Jackie Hoffman. Mazel tov.
866-811-4111, nytf.org 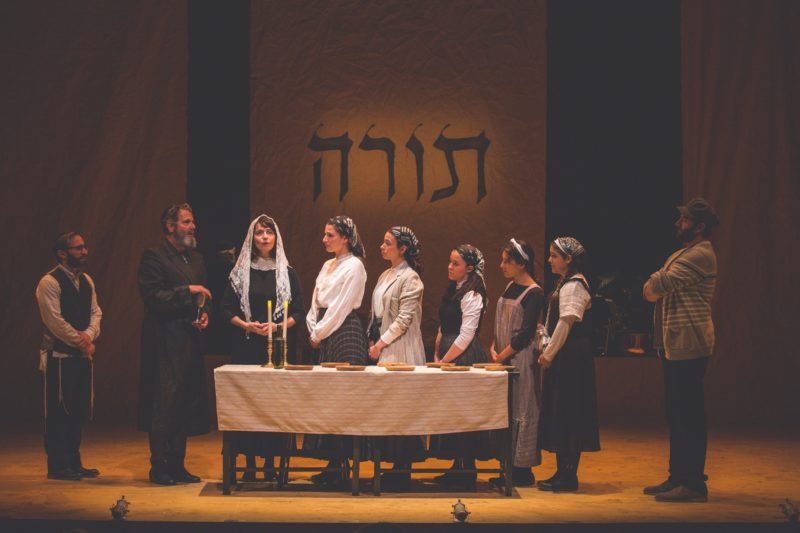 ‘THE SAINTLINESS OF MARGERY KEMPE’ at the Duke on 42nd Street (previews start on July 5; opens on July 12). Candid, gossipy and occasionally imperiled by demons, Margery Kempe was a 15th-century mystic and the author of a terrific medieval tell-all. Now she’s returning in this play by John Wulp, which stars the delightful Bedlam Theater regular Andrus Nichols as the chatty glorified soul.

‘STRAIGHT WHITE MEN’ at the Hayes Theater (previews start on June 29; opens on July 23). Check your tickets. And your privilege. A lively evisceration of the family-conflict play and an exploration of entitlement and its limits, Young Jean Lee’s drama about a dad and his grown kids (one of those kids is portrayed by Armie Hammer) arrives at Second Stage. Anna D. Shapiro directs this play, the first by a female AsianAmerican writer to appear on Broadway.

‘THIS AIN’T NO DISCO’ at the Atlantic Theater Company at the Linda Gross Theater (previews start on June 30; opens on July 24). No fooling around: This new rock opera, written by Stephen Trask and Peter Yanowitz and directed by Darko Tresnjak, is Mr. Trask’s first since the indelible “Hedwig and the Angry Inch.” Set in 1979 New York, it traipses from the Mudd Club to Studio 54. But will the book, co-written with Rick Elice, make time for dancing and lovey-dovey?

See ‘Memory Unearthed’ at the Museum of Jewish Heritage