7 Things to Do With Your Kids in NYC This Weekend

This weekly New York Times column highlights the Museum’s family-focused installation The Number on Great-Grandpa’s Arm as a top choice for things to do with kids in NYC.

Our guide to cultural events in New York City for children and teenagers happening this weekend and in the week ahead. 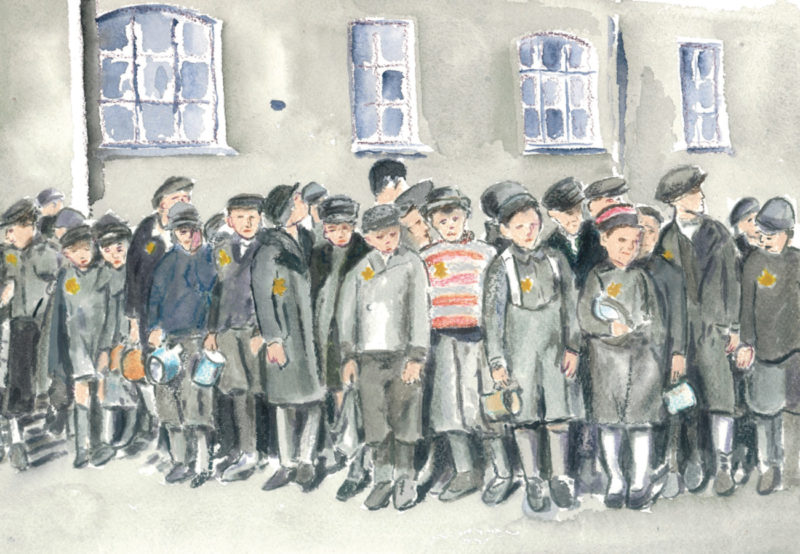 ‘THE NUMBER ON GREAT-GRANDPA’S ARM’ at the Museum of Jewish Heritage — A Living Memorial to the Holocaust (through April 29). How do you explain the Holocaust to children? The short film “The Number on Great-Grandpa’s Arm” offers a simple answer: Let a child do it. Presented by HBO and the museum, the documentary captures the tender relationship between Elliott Saiontz, 10, and his 90-year-old great-grandfather, Jack Feldman, a survivor of Auschwitz. Elliott provides much of the narration in the 19-minute movie, which juxtaposes archival photographs and film clips with Mr. Feldman’s soft-spoken recollections and the hand-painted animation of Jeff Scher, which, though haunting, is less grim than historical footage. Produced and directed by Amy Schatz, the film is at the heart of this museum installation. Visitors can see the documentary on a continuous loop alongside hundreds of its images, including 24 of Mr. Scher’s original watercolors. Although Mr. Feldman suffered greatly — first sent to a labor camp at 14, he never saw his parents again — he seems happy to be alive, surrounded by the love of the generations that the Nazis tried so hard to erase.
646-437-4202, mjhnyc.org

EARTHFEST at the American Museum of Natural History (April 22, 7 a.m.-8 p.m.). Held in honor of Earth Day, this sunrise-to-sunset festival celebrates a planet that research indicates is increasingly under siege. The schedule, which comprises installations, tours, screenings, workshops, performances and even yoga, offers programs to help the youngest attendees  understand conservation and climate change. Starting at 9:30 a.m., Lloyd H. Miller of the Deedle Deedle Dees, a band whose children’s songs incorporate science and history, will play three hourly concerts. At 11:30 a.m. and 1 p.m., the environmentally conscious musicians of Bash the Trash will host a workshop on making instruments from recycled materials, followed by a parade. Little visitors can also watch “Wall-E,” Pixar’s animated science-fiction film about a trash-collecting robot, at 11 a.m., and take part in avian-centered activities, including indoor bird-watching, in Take Wing! The EarthFest Bird Zone, starting at 10 a.m. And the innovative dance troupe Pilobolus has invited everyone to join “The Umbrella Project,”an audience-participation piece about group dynamics, at 4:45 p.m. (Some events require an R.S.V.P.)

Yiddish Version Of ‘Fiddler on the Roof’ Coming To Off-Broadway