– The exhibition will remain on view at the NYC museum through August 30, 2020, an eight-month extension from its originally scheduled close date –

-Exhibition features more than 700 objects and 400 photographs on display in North America for the first time, including a shofar that was secretly blown at Auschwitz and a collection of 10 original artifacts from the Anne Frank House –

New York, NY – Due to an overwhelming response, the Museum of Jewish Heritage – A Living Memorial to the Holocaust today announced that Auschwitz. Not long ago. Not far away., the most comprehensive Holocaust exhibition about Auschwitz ever presented in North America, will be extended until August 30, 2020. Produced by the international exhibition firm Musealia and the Auschwitz-Birkenau State Museum in Poland, the groundbreaking exhibition is the largest ever on Auschwitz with more than 700 original objects and 400 photographs.

“The number of adults and school visitors drawn to Auschwitz. Not long ago. Not far away. has been incredible. This exhibition greets its visitors with a clear warning to be vigilant – to not allow this history to repeat and to never presume that it won’t,” notes Bruce C. Ratner, Chairman of the Museum’s Board of Trustees. “In recent years and recent months even, we have seen a surge in antisemitic rhetoric, hate crimes, and a weaponized nationalism both here in the United States and abroad. We are extending this exhibition at our Museum because it offers clear, moral lessons that resonate powerfully today and from which visitors want to learn.”

“It has been a great honor to preside over the Museum as it presents this astounding exhibition and to witness it move so many of our visitors as deeply as it has moved me,” says Jack Kliger, the Museum’s President & CEO. “Most remarkable, this exhibition is dynamic. Already large in scope, it continues to acquire new artifacts over the course of its life, such as the shofar clandestinely used in Auschwitz that we unveiled last month ahead of Rosh Hashanah.”

“We have been profoundly overwhelmed by the phenomenal visitor response in New York — not only by the numbers themselves, but especially by the time visitors spend in the exhibition – on average two hours — and the care, attention and respect they show for this story. Deciding to visit this exhibition is a courageous step. It means confronting oneself with a traumatic, complex and challenging past. And more importantly, it helps us understand more critically our own present,” says Luis Ferreiro, Director of Musealia and the exhibition project.

“I don’t think that there is a more important exhibition presented in New York at the moment. This one about Auschwitz explores the essence of mankind, analyzes the limits of what is human, and asks important questions about our contemporary responsibility. I am glad people will be able to see it there longer,” says Dr. Piotr M. A. Cywiński, Director of the Auschwitz-Birkenau State Museum.

Auschwitz. Not long ago. Not far away. traces the development of Nazi ideology and tells the transformation of Auschwitz from an ordinary Polish town known as Oświęcim to the largest German Nazi concentration camp and the most significant site of the Holocaust— at which ca. 1 million Jews, and tens of thousands of others, were murdered. Victims included Polish political prisoners, Sinti and Roma, Soviet prisoners of war, Jehovah’s Witnesses, and those the Nazis deemed “homosexual,” “disabled,” “criminal,” “inferior,” or adversarial in countless other ways. The exhibition tells not only the story of their persecution and murder, but also the myriad ways ordinary people responded to the unfolding genocide, including inspiring stories of resistance, resilience, courage, and altruism. In addition, the exhibition contains artifacts that depict the world of the perpetrators—SS men who created and operated the largest of the German Nazi concentration and extermination camps.

With more than 700 objects and 400 photographs, mainly from the Auschwitz-Birkenau State Museum, the New York presentation of the exhibition allows visitors to experience artifacts from more than 20 international museums and institutions on view for the first time in the North America, including hundreds of personal items—such as suitcases, eyeglasses, and shoes—that belonged to survivors and victims of Auschwitz. Other artifacts include: concrete posts that were part of the fence of the Auschwitz camp; part of an original barrack for prisoners from the Auschwitz III-Monowitz camp; a desk and other possessions of the first and the longest-serving Auschwitz commandant Rudolf Höss; a gas mask used by the SS; Picasso’s Lithograph of Prisoner; and an original German-made Model 2 freight train car of the type used for the deportation of Jews to the ghettos and extermination camps in occupied Poland.

The exhibition also features 10 artifacts on loan from the Anne Frank House in Amsterdam, which include the spilled, dried beans Anne wrote about in her diary and that were later discovered lodged between the cracks of stairs in the home where she hid from the German Nazis. The beans have never been displayed anywhere before. Most recently, the Museum announced the exhibition’s incorporation of a shofar (a ram’s horn that is made into a special wind instrument used during Jewish High Holiday services) that was hidden and clandestinely blown in the Auschwitz. The shofar was newly added to the exhibition on the cusp of the High Holy days and temporarily transported to two New York City synagogues to be blown on Rosh Hashanah and Yom Kippur.

Also on display from the Museum of Jewish Heritage collection is Heinrich Himmler’s SS helmet and his annotated copy of Hitler’s Mein Kampf, as well as an anti-Jewish proclamation issued in 1551 by Ferdinand I that was given to Hermann Göring by German security chief Reinhard Heydrich on the occasion of Göring’s birthday. The proclamation required Jews to identify themselves with a “yellow ring” on their clothes. Heydrich noted that, 400 years later, the Nazis were completing Ferdinand’s work. These artifacts stand as evidence of a chapter of history that must never be forgotten.

Alongside Auschwitz. Not long ago. Not far away., the Museum offers a series of talks, screenings, performances, and commemorative events that further explore Jewish history and life before, during, and after the Holocaust. The last week of October, artist and Holocaust survivor William Bernheim will discuss his history and artistic response, and author Marty Brounstein will present a program about a Christian couple in the Netherlands who saved the lives of over two dozen Jews. November programming includes commemorative events for the 81st anniversary of Kristallnacht, including “Stories Survive: An Eyewitness Account of Kristallnacht” with Ruth Zimbler. In December, The Sorceress will be performed by the resident National Yiddish Theatre Folksbiene. To learn more about these and other activities, visit the Museum’s Events page here: https://mjhnyc.org/current-events/

Following the New York presentation, the exhibition is intended to tour other cities around the world. Future destinations will be announced by Musealia and the Auschwitz-Birkenau State Museum.

Curated by an international team of experts led by historian Dr. Robert Jan van Pelt, Auschwitz. Not long ago. Not far away. first opened in New York City on May 8, 2019 after its successful run at Madrid’s Arte Canal Exhibition Centre, where it was extended two times, drew more than 600,000 visitors, and was one of the most visited exhibitions in Europe last year. The exhibition explores the dual identity of the camp as a physical location—the largest documented mass murder site in human history—and as a symbol of the borderless manifestation of hatred and human barbarity.

Museum of Jewish Heritage Board Vice Chairman George Klein visited the exhibition in Spain and recommended to his Board that they bring it to Lower Manhattan. The exhibition features artifacts and materials on loan from more than 20 institutions and private collections around the world. In addition to the Auschwitz-Birkenau State Museum and the Museum of Jewish Heritage – A Living Memorial to the Holocaust, participating institutions include Yad Vashem in Jerusalem, Anne Frank House in Amsterdam, United States Holocaust Memorial Museum in Washington, Auschwitz Jewish Center in Oświęcim, the Memorial and Museum Sachsenhausen in Oranienburg, and the Wiener Library for the Study of the Holocaust and Genocide in London.

“When we, the Musealia curatorial team set out to design the Auschwitz exhibition, we realized that we faced a difficult problem. In Auschwitz over a million people, mostly Jews, were murdered shortly after their arrival, or suffered and died in unimaginable circumstances. How does one create an exhibition about such a dark chapter in human history that, in our understanding, is not long ago and happened in a place not far away? How does one make the public, that has so many opportunities to explore a great city like New York, decide that it would want to see such an exhibition? Our tools were straightforward: a narrative told through more than 700 original artifacts, 400 original images, 100 stories, made present by means of filmed testimonies and quotes – all revealing individual experiences of a history we must learn from,” said Dr. Robert Jan van Pelt, Chief Curator.

Auschwitz. Not long ago. Not far away. is presented in the symbolic, hexagonally-shaped core building at the Museum of Jewish Heritage. This 18,000-square-foot exhibition introduces artifacts and Holocaust survivor testimony through 20 thematic galleries.

FREE for Holocaust survivors, active members of the military and first responders, and students and teachers through grade 12 in schools located in New York, New Jersey, and Connecticut (with valid school-issued ID).

Last admission to Auschwitz. Not long ago. Not far away. is 2 hours before closing time. Last entrance to the rest of the Museum is 30 minutes prior to closing time. 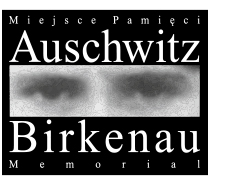