Patti Kenner, Kathy Gantz, Ann Oster, Stacey Saiontz, Minna Seitelman and the Board of Trustees of the Museum of Jewish Heritage – A Living Memorial to the Holocaust cordially invite you to the

After the event, all participants will receive a signed copy of Irene’s book Shores Beyond Shores.

For more information, please contact Jessica Kamens at jkamens@mjhnyc.org or 646.450.7099 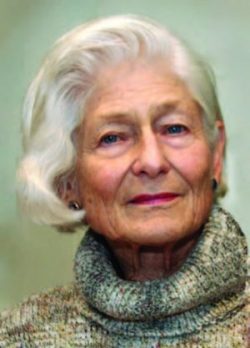 Dr. Irene Hasenberg Butter was born in Berlin and grew up as a Jewish child in Nazi-occupied Europe. Before coming to the United States in 1945, she survived two concentration camps. Irene has dedicated her life to Holocaust education and peace activism. She is the co-founder of the Raoul Wallenberg Medal & Lecture series at the University of Michigan where she is Professor Emerita of Public Health, one of the founders of Zeitouna, an Arab/Jewish Women’s Dialogue group in Ann Arbor, and has written the memoir Shores Beyond Shores: From Holocaust to Hope, My True Story.

Irene’s account celebrates the exercising of empathy for others in even the most inhumane conditions, a relevant message in an age where similar hatreds and discrimination rise once again. 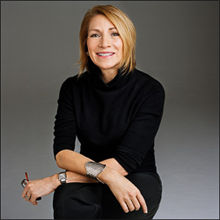 Marie Brenner is the author of seven books and Writer at Large for Vanity Fair. She has been a staff writer at The New Yorker, a contributing editor at New York and has won numerous awards for her reporting around the world. Her expose of the tobacco industry, “The Man Who Knew Too Much” was the basis for the 1999 movie The Insider, which was nominated for seven Academy Awards, including Best Picture. She lives in New York City.

THE MUSEUM OF JEWISH HERITAGE
A LIVING MEMORIAL TO THE HOLOCAUST

The Museum of Jewish Heritage – A Living Memorial to the Holocaust is New York’s contribution to the global responsibility to never forget. The Museum is committed to the crucial mission of educating diverse visitors about Jewish life before, during, and after the Holocaust.

As a place of memory, the Museum enables Holocaust survivors to speak through recorded testimony and draws on rich collections to illuminate Jewish history and experience.

As a public history institution, it offers intellectually rigorous and engaging exhibitions, programs, and educational resources.

The Museum protects the historical record and promotes understanding of Jewish heritage. It mobilizes memory to teach the dangers of intolerance and challenges visitors—including more than 60,000 schoolchildren a year—to let the painful lessons of the past guide them to envision a world worthy of their futures.