By Museum of Jewish Heritage — A Living Memorial to the Holocaust
Thursday, August 6, 2015 • About the Museum
Share
Close Navigation 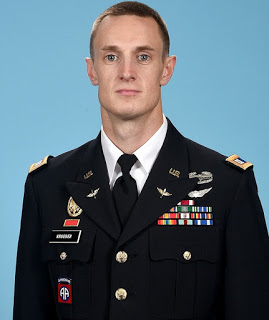 What inspired you to apply to the American Services Academies Program?

My interest in the American Service Academies Program started during my junior year at West Point, when I began preparing for my upcoming thesis on the Armenian Genocide. My thesis advisor, Dr. David Frey, emphasized nationalism and ethnicity as concepts fundamental to understanding the genocides of the twentieth-century, with the Holocaust as one of the most powerful case studies. He encouraged me to compete for the program to devote my time and efforts exclusively to the topic and gain depth and perspective. It also provided the opportunity to work alongside students from other Services and countries while traveling abroad, outside the routine of the Academy.

How did the ASAP impact you after you completed the program?
The program had immediate impacts on my development as a cadet, but I continue to see its influence in my growth as an officer to this day. Moral maturity can’t be achieved in a summer, but the perspective gained there provided powerful context for defining my own core values. I expect any graduate of the program would agree that they are now much more vigilant and intolerant of behaviors and systems that drive individuals and organizations towards discrimination. It also encouraged a more global sense of responsibility, to stay invested in events that may not have an immediate or obvious impact on me personally or on the United States.

What surprised you most about the experience?
One of the most surprising and enriching parts of the experience was the depth of cultural context it provided. The Museum of Jewish Heritage and the Auschwitz Jewish Center thoroughly address the tragedy of the Holocaust, but emphasize the preservation and understanding of Jewish history and culture as a central tenet of their mission. Atrocities and discrimination are dishearteningly common and inseparable themes of history, but using them to define a group denies them agency and distracts from their contributions to society.

What is your fondest memory of the ASAP?
Whenever anyone asks me the most enjoyable part my trip, I don’t hesitate to say Kraków. The city is beautiful, historic, and modern. There is no shortage of culture or entertainment and I encourage anyone who has limited time in Europe to devote some of it to Kraków.

Captain David G. Krueger participated in the American Service Academies Program in 2007 and graduated from the United States Military Academy at West Point in 2008. He is currently stationed at Fort Eustis, VA with his wife Christine, who is also a Captain in the Army. His next assignment is to begin graduate school this fall, studying History at Harvard University, followed by an assignment to teach Military History at West Point in 2017.

As I Don a Kippah for the First Time